the women in this painting need faces. I've held off painting their faces because I knew they weren't going to look like the women in the photograph, but I wanted them to have some of the essence of the photo, nonetheless. It doesn't help that these are my grandmother and my great grandmother in this picture. Their own personal identities have been obscured by time and family dysfunctions. So whose face, whose essence do I paint into this picture?
The going has been slow, and I confess, I am easily distracted.

After doing a little thinking with a pencil in hand, I realize that their faces are pieces of myself.

I tried to remember how my great grandmother's eyes were large, and dark, though somehow empty when I met her. And I was little, so she was no doubt, a bit daunting. In my mind, she is alway sitting at the end of the flip-up formica table in my grandmother's kitchen. She is tiny, birdlike in her fragility, and she's hunched over, smoking perpetually. (There is something terribly wrong with the nose on this woman - I'm going to erase all my pencil marks and start over.) My grandmother, on the other hand, is obviously the protagonist in this picture. While sketching on her I realized that this affinity, or sympathy for who I thought she might have been like in her early married life, is the real subject of this painting. And while there may be aspects of myself in each of these figures, my identification with both of them becomes the hidden portrait in this painting. Hmm, food for thought. So there you have it - a glimpse into my painting block, and the annoyingly self-absorbed psuedo-self-analysis that goes along with figuring out where to go.

And it's only Monday!

Woof - who's up for a lunch break at Tacos Mexico? (this is the procrastination part, like you couldn't tell!)

Labels: all about ME, creativity, family dynamics, grandmother, painting, procrastination

I was wondering when we'd get another look-see. Of course I know you've been busy this summer.

This is the first time I've seen your artwork... and truly, I am impressed. I like the "facets of myself" interpretation. It increased the dimension.

I always love getting a peek inside the inner workings of the creative process. Maybe thats why I lived with art majors for most of my time in college.

I also have loads and loads of faith in your ability to add life to canvas (just take a look at my walls). Im sure in the end, you will find the essence of these women your are looking for.

ps... the resemblence between you and your grandmother is freakin' uncanny!

Ever consider that procrastination can be the source of inspiration?

The art looks interesting with the faces unpainted. A new genre, perhaps?

I kind of like paintings without faces, it makes your mind complete the picture

God Chanda is right, the resemblance is amazing! Consider this, at some point you have to stop thinking and just let the creative side of your brain take over. Jeanne and I have had endless discussions on this, particularly about why we let ourselves procrastinate. It's our left brain getting in the way of the creative process. ( that left brain is amazingly bossy!)Once we've done the analysis of a piece it's time to let the process begin and let the right side of the brain turn those thoughts into art!

Well, you can color me impressed! :)

Damn, I like your attitude, and I love your artwork. Thank you for dropping by over from Chani and I hope you do so again, so I can come and check you out again. Kindred spirits can keep us sane.

what a beautiful painting. and i'm totally up for Tacos Mexico....

You are so talented. I love the painting, both without faces and with. 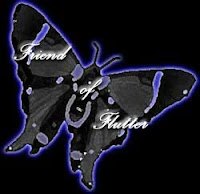